Tesla and Bitcoin price surged higher after recovering from a sharp correction, leading analysts to take a closer look at the BTC to S&P 500 correlation.

On Sept. 9 the price of Tesla stock surged 10.92% after undergoing a 21% plunge earlier in the day. Coincidentally, the price of Bitcoin (BTC) also soared by nearly 5% in the past 24 hours. 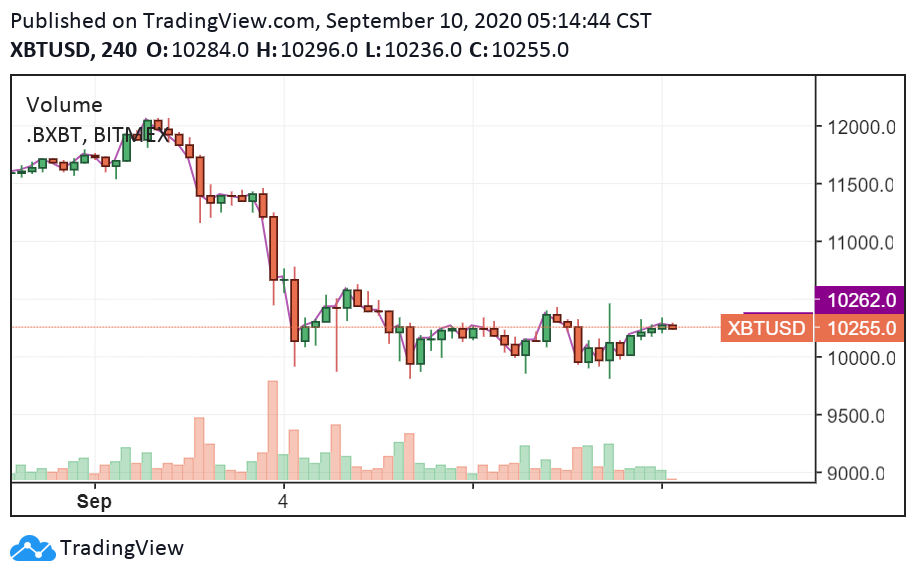 What’s behind the Tesla dump and Bitcoin pump?

The price of Tesla likely declined due to two main reasons. First, many investors anticipated the stock to be included in the latest S&P 500 index release. Second, the entire U.S. stock market corrected after tech stocks plunged.

According to Ben Kalio, an analyst at Baird, Tesla stock fell particularly hard because its price reflected expectations of an S&P 500 inclusion. When the listing did not occur, it caused a massive sell-off. Kalio wrote:

“We think shares were reflecting expectations for substantial passive inflows. We think the stock could be under pressure following the delay of S&P 500 inclusion, particularly from investors who bought ahead of the announcement expecting an opportunity to sell to passive funds.”

But whether the S&P 500 snub was the primary catalyst for the stock’s short-term correction is unclear.

The Nasdaq sharply corrected after warnings about a growing gap between tech stocks and fundamentals emerged. The index dropped by over 4% on September 8 when FT and WSJ reported SoftBank was the “Nasdaq whale” that pushed markets upward with a $4 billion options bet.

As the U.S. stock market started to fall, Tesla stock slumped in tandem. The correction of Tesla stock was so steep that it crashed CEO Elon Musk’s net worth by $16.3 billion. Welt’s market analyst Holger Zschaepitz said:

“Elon Musk’s net worth plunged $16.3bn Tue as Tesla stock crashed 21%, the largest single-day wipeout in history of BBG Billionaires Index. Zhong Shanshan added >$30bn to his fortune after shares of the bottled-water company he founded surged following an IPO.”

Bitcoin likely dropped and recovered in tandem with Tesla stock because of an increase in the BTC-to-S&P 500 correlation in recent months.

According to data from Skew, the correlation between Bitcoin and U.S. stocks is much higher now than the pre-pandemic era.

In the last 24 hours, after the simultaneous correction and recovery of Bitcoin and tech stocks, the correlation rose steeply. 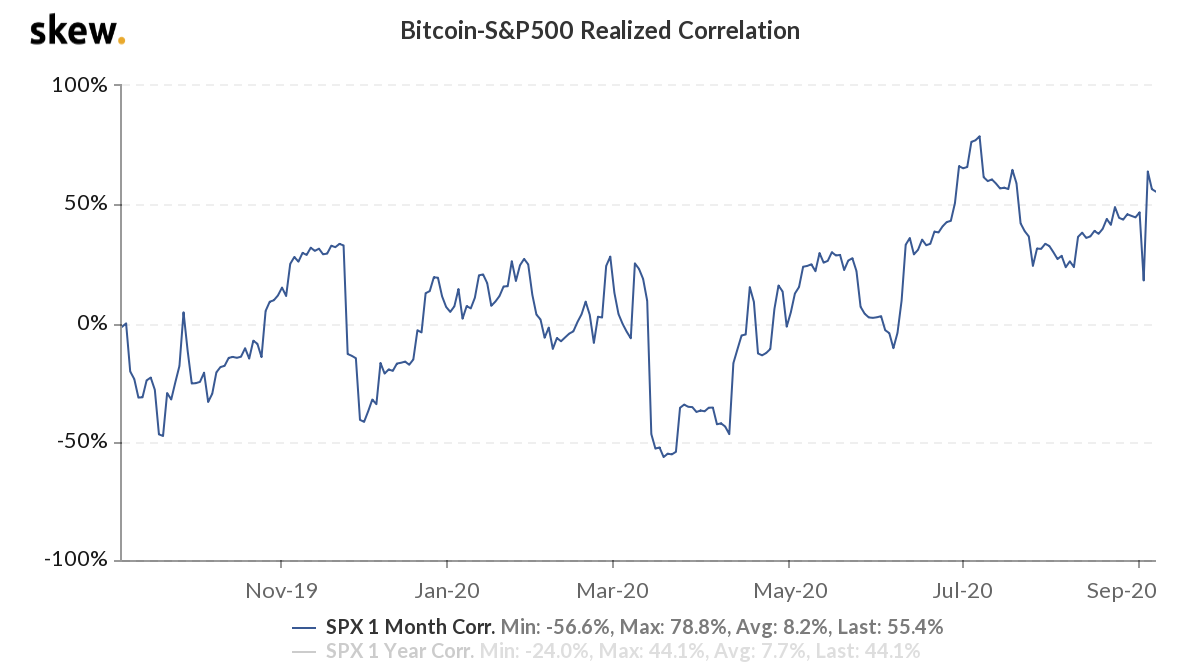 The realized correlation between Bitcoin and S&P 500. Source: Skew

What does the correlation mean for Bitcoin price?

The correlation and the simultaneous rally of Tesla stock and BTC do not suggest a clear direction for Bitcoin. But it shows that the entire financial market remains fragile, five months after the pandemic-induced crash.

It also could demonstrate that investors may consider Bitcoin in the same realm as tech stocks and other risk-on assets, especially during a vulnerable period.